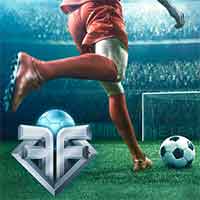 Flip Football : Soccer game by FROM THE BENCH that you can play on android and ios devices iphone and ipad.

The battlefield : flip football, the best strategy football card game ! Turn over your opponents’ cards and win the game ! Play against your friends and collect 300 best players around the world.

To unlock tournaments you must get into division 18 by winning and collect stars. Once you’ve unlocked it to celebrate, the first one is free and the next time you need to pay 300 coins.

In Tournament you can play in 3 elimination rounds, all or nothing with a lineup equal to that of your opponent. The further you go, the better the reward.