Harry Potter Wizards Unite Android / iOS Mobile Gameplay in this augmented reality game, players will take on the role of a new recruit of the Statute of Secrecy Task Force working to solve the mystery of the Calamity. Players will be able to explore their real-world neighborhoods and cities to discover mysterious artifacts, cast spells, and encounter fantastic beasts and iconic characters along the way. 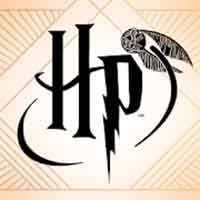 Wizards Unite Portkeys – Upon discovering and activating a Portkey Portmanteau, players will be able to reveal an immersive VR-like experience and transport themselves to explore iconic Wizarding World locations.

Wizards Unite Potion Crafting – Players can collect ingredients from Greenhouses on the Map, within distinct biomes, and during various weather conditions to brew different Potions that can improve their gameplay.

Real World Exploration – While Players explore the real world, they will find a variety of Wizarding locations on their Map, including Inns, Greenhouses, Fortresses, and magical Traces where Players can trigger specific Encounters.

Mysteries – A deep, multi-year narrative arc will have players solving various mysteries including the truth behind what caused the Calamity.