A newspaper toss game available on Warren Buffett’s Paper Wizard Android / iOS Gameplay Wildlife Design, Inc ! the score will be counted in coins, so make sure you hit the target perfectly to get 150 coins, but if you only hit the circle or the house then you’ll get only 100 coins. When you’re finished the game, you will see how many delivered, accuracy, longest throw and longest streak for each newspaper that you tossed. 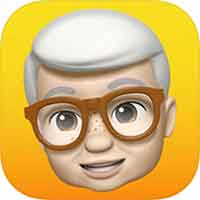 This game is only pulling and hitting the target perfectly so you can get enough score to beat Warren Bucks in your leaderboard.

Think you can toss a newspaper like the legendary Warren Buffett? Test your paper-flinging skills as you make your way from the streets of Omaha, Nebraska, all the way to Cupertino, California. Avoid vehicles and birds as you deliver papers to buildings near and far, because it will reduce your pints. Will anyone collect enough Warren Bucks to dethrone the Paper Wizard? Probably not.

Features:
– Two distinct worlds of Omaha and Cupertino.
– Multiple stages within each world that increase in difficulty.
– Unique obstacles in each stage that add to the difficulty.
– Haptic feedback to make the game more real.